On the main stage at Synbiobeta this year, a panel discussion focused on communicating biotech advances to policymakers and the public. Fittingly following another panel on the role of synthetic biology in addressing climate change, the policy and science discussion was led by Ali Nouri (Federation of American Scientists) and featured Julie Shapiro (Keystone Policy Center), Zack Exley (New Consensus), Sarah Richardson (MicroByre), and Shahram Seyedin-Noor (Civilization Ventures).

“In this room, there are people working on technology and ideas that are key to saving the world,” said Exley. “But the people who have the solutions are not the ones launching mass movements to use these technologies. It’s very passive. Take a stand. See yourselves as activists, go to Washington, and tell your stories,” he urged. 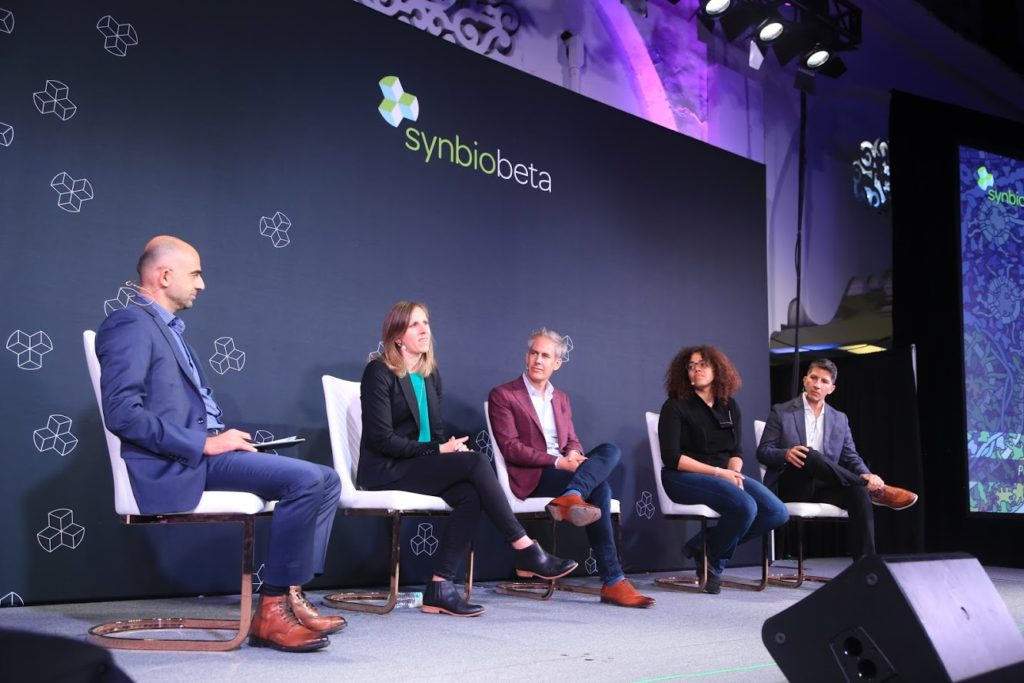 Panel discussion on Translating Synbio for Policy Makers and the Public

But how should scientists engage, and with what language? “The goal is to share information and trust what [policymakers] think,” said Richardson. “Treat them like rational human beings, because that’s what they are.” Inventing new terms to describe old processes can be risky. “The public trusts words like ‘domestication,’ so we say that we’re domesticating bacteria. If you change the language too fast, it’s much more difficult for policymakers and the public to understand that context.”

When it comes to communicating synthetic biology, “investors have as much of a responsibility as founders,” said Seyedin-Noor. “It’s important to be honest about the benefits and the risks of what we do. For the scientific community not to be honest and not to invite regulation risks overregulation.”

“One thing I’ve learned from talking to lawmakers is that science and technology really are bipartisan,” said Richardson.

About the Author: Sonya